Pros and cons of LED Lights

LED lighting was first nothing more than an experiment a century ago and then further developed in the 60’s and 70’s. LED lighting never truly available for home lighting until the 90’s and now they have almost completely taken over the lighting industry with very few incandescent bulbs being sold.

A full list of the pros and cons of LED lights is captured below, and you will likely see that there are both practical and environmental reasons to choose LED lights over the alternative options. In another article I will talk about the differences between them, incandescent, fluorescent and halogen lights. First, you need to know what an LED light is.

What is an LED Light?

LED Lights Last a Long time – LED lights last much longer than other bulbs. Incandescent light bulbs may last up to 2,000 hours at the most whereas an LED bulb can last up to 75,000 hours depending upon how it is used.

LED Lights are Energy Efficient – Comparisons have been made between bulb types and LED lights are roughly 80% more energy efficient than incandescent bulbs. LED bulbs are also more energy efficient than CFL bulbs. As an example, below is a chart that shows you the differences between the various bulbs and how much energy they use. An LED bulb uses only 10 watts and yields the same lumens as an incandescent bulb that uses 60 watts of power.

LED Bulbs Save Money – The initial cost for LED Bulbs is higher than the others. However, due to their energy efficiency and long life, they actually cost less than any other bulb type.

LED Bulbs Produce Less Heat – One of the major benefits of LED bulbs is they emit much less heat than other bulbs. 80% of the LED bulb’s energy is light while only 20% is heat (on average) while it is the opposite for an incandescent bulb. Most of what you get from those is heat. Halogens get so hot that you will burn your hand on them and there is the risk of fire.

LED Lights Turn on Instantly – When you flip a light switch for an LED bulb, the light is instantly at 100% brightness. Conversely, other bulbs take some time to heat up or to reach full brightness. An example is fluorescent bulbs in the cold weather. They often flicker too until they heat up.

LED Lights are Environmentally Friendly – LED bulbs do not have harmful components like mercury in CFLs. Since they use less energy as mentioned above, they are better for the environment.

LED Bulbs are Less Fragile – Do you remember how many times you would bump an incandescent light bulb and it would stop working? Then, when you remove the bulb and shake it you can hear the broken filament inside? That does not happen with LED bulbs. The most frustrating thing for those who use Christmas lights during the holidays is to have bulbs constantly going out. LED bulbs do not burn out or break as often as their counterparts.

LED Bulbs are Most Common Now – One of the cons now is that you have more options with LED and LED bulbs are easier to find vs the other bulb types. Most of the fixtures you buy are now LED. Virtually all of the bulbs in your home improvement store are LED. So, access to these bulbs is a big difference and a benefit.

LED Bulbs Cost More Initially – The initial cost is higher than other bulb alternatives. If you are changing many light fixtures or remodeling a home, the cost to go to LED would be higher than the others at the time of purchase.  If you are going to be in the home for a while, they will eventually save you money.

LED Bulbs are Not Great with Dimmers – Not all LED bulbs are dimmable and even the ones that are, need to be matched to an LED compatible dimmer. They may also buzz when you dim LED bulbs of not paired properly. LED bulbs also do not dim as well as incandescent bulbs. Some LED lights have a smaller range when it comes to dimming. This is one area of LED technology that needs to be improved.

LED Bulbs May Fail Under Heat – If your LED bulbs are going to be exposed to extreme heat, they may fail much sooner than expected.

LED Bulbs May Flicker – There are times when the LED bulb is not paired with a compatible transformer and as a result, you may experience some flickering.

LED Bulbs are Directional – This means the light is pointed at one direction vs illuminating in all directions like an incandescent bulb. This is one reason why LED bulbs have that frosted coating on them. It helps to evenly distribute the light.

Why are LED Lights Better?

Led lights are better than incandescent or fluorescent lights because they are more energy efficient and they last longer.

Hopefully this helped to give you some perspective on the pros and cons of LED lights.  To me, LED lights should be chosen 98% of the time and in only rare occasions would one of the alternatives be a better choice. Just don’t ask me to come up with one of those scenarios now because I cannot think of any.

The light bulb choices can be confusing, to help make sense of it all, read how to choose the right light bulb for every room. 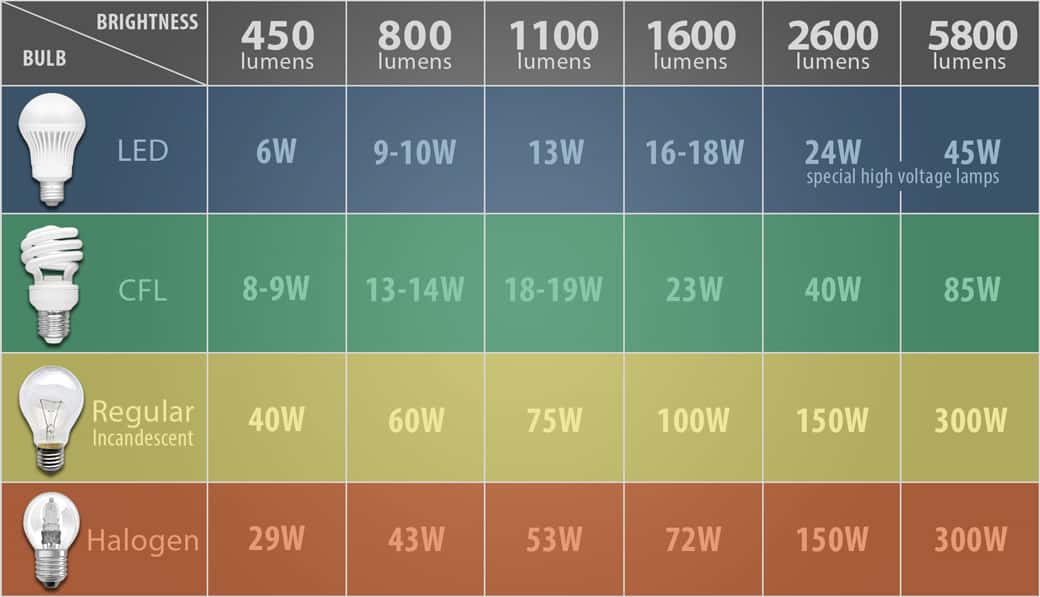 Are LED bulbs worth the money?

Over time, LED bulbs will actually save you money so yes LED bulbs are worth the money

How Long Should LED Bulbs Last?

LED bulbs should last at least 50,000 hours and sometimes as long as 100,00 hours. If your LED bulbs do not last, then it is possible they were exposed to extreme temperatures which can reduce their lifespan.

Can LED bulbs be replaced?

LED bulbs can be replaced unless they are inside of an enclosed fixture such as an LED recessed lighting fixture. In those scenarios, you likely will not be able to replace the bulb and will have to replace the fixture.

How to Choose the Right Light Bulb

How to Wire a Light Switch