Why Do LED Lights Buzz or Flicker when I Dim Them?

Why do LED lights buzz, flicker or hum when you dim them using a dimmer switch? The first step to fixing the problem is to understand why it is happening. The buzzing or flickering it makes is annoying, but it can be fixed easily. 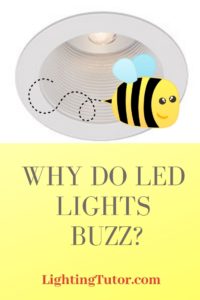 What is Different About LED Lights?

An LED (Light Emitting Diode) uses semi conductors, and the electrons within them will light up when the electrical current goes through it. This differs from a traditional incandescent bulb which has a filament that glows when the current goes through it. The LED gives off light in one direction whereas an incandescent or fluorescent bulb will give off light in all directions.

Why Do LED Lights Buzz Flicker or Hum When I Dim Them?

Dimmers do not actually lower the brightness of the bulb by reducing the current to a steady flow of less electricity. They actually chop up the current sending it to the light in short bursts. The length of time between each burst of current is what determines how much the light will dim.

When an LED light receives the pulsating electric current, it vibrates and causes the buzz, flickering or humming sound that you hear. Another reason why this often happens is homeowners have an old dimmer installed. The older dimmers are made for incandescent bulbs and not for LEDs. When you swap out the bulbs for LEDs you now have a dimmer that is not compatible with an LED bulb and your buzzing or humming problem will sound much worse.

If you have recessed lighting in a room with many lights going at the same time, the sound will be louder because you basically have a chorus of buzzing LEDs.

How to Stop My LED Lights from Buzzing or Flickering

First, you need to verify that the LED bulb you purchased has the ability to be dimmed. It should be clearly marked on the package. Once you have checked that box, then move onto the second phase.

If you verified that your LED bulb can be dimmed, then the next fix to stopping the buzzing and flickering is to change your dimmer. If you have an old dimmer, then no doubt is it not compatible with LEDs. If you are shopping at your local home improvement store, it may say that the bulbs and dimmers are compatible with one another, but that may not be entirely true. They are permitted to say they are compatible if you cannot hear them making a noise more than 2-3 feet away. However, when you have a few bulbs running off of the same dimmer like in the recessed lighting example above, then you will definitely still hear the noise.

What you need is an “ELV Dimmer”. ELV is “Electronic Low Voltage” and in layman’s terms what it does is change 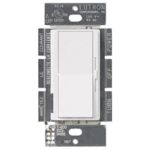 the way the current is sent to the LED light. It is received by the LED in a way that reduces the pulsating which is creating the sound that you hear. The right ELV dimmer will have a neutral wire as well. Lutron makes one that I have had success with and recommend to you if all other conditions are met.

Calculate Your Total Watts of the LED Bulbs You Are Dimming

Each ELV dimmer will be rated for a total number of watts. Make sure that the total watts of all bulbs combined do not exceed the rating of the dimmer switch. Simply add up the watts for each bulb. This would be the total watts used and not the output equivalent when compared to an incandescent bulb.

Where Can I Purchase an ELV Dimmer?

I will link to my recommended ELV dimmer here. Since I fully expect that you could be reading this a few years after I posted it, I will keep the recommended product updated as technology changes.

Side Effects When Using a Dimmer with LED Lights

Some people have experienced flashes or flickering of light when using these dimmers with LEDs. This could happen even though the noise has stopped. It could be any number of reasons such as the bulb, the dimmer, a loose connection somewhere, etc. So, what I am saying is that although the addition of the dimmer could seem to be what is causing the flashing or flickering, the true nature of the problem could be something else. 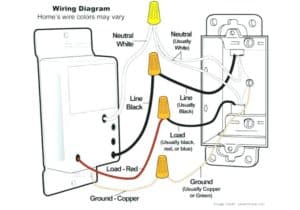 Summary – Why Do LED Lights Buzz When I Dim Them

This is a basic guide on how to stop your LED lights from buzzing or humming. There is no perfect fix and as the dimmer technology changes I am sure this will become less of a problem in the future. Try the recommended dimmer if your LED lights are buzzing.  Leave a comment below if you were able to eliminate or reduce the amount of noise coming from your LED lights.

How much do LED ELV dimmer switches cost?
You should plan on spending around $70 for a good ELV dimmer switch. Unfortunately, it costs more for a quality product. It is a small price to pay if you want to stop your LED lights from buzzing.

How to Choose The Right Light Bulb